Presagis has made a strong push forward in game-engine visualization by including Presagis’ Ondulus NVG functionality in the Unreal Engine. Part of the Ondulus family of sensor simulation products, Ondulus NVG gives users the ability to add realistic physics-based night-vision sensor simulation to training or mission planning environments.

“What began as a collaboration in 2018 has blossomed into a full-fledged force in 2019. Our steady integration of game engine technology to and from our products has generated an extremely positive response from the market,” explains Eric Simon, Vice President of Product Management at Presagis. “The appetite for game-engines being used in simulation is insatiable, and Presagis is happy to respond,“ he adds.

Presagis’ integration of Ondulus NVG within Unreal Engine is being demonstrated at both the Launchpad theater (Tuesday Dec 3, at 4:30) and at the Presagis booth (#2848) on the Dismounted Immersive Ground Motion VR Trainer).

And finally, Presagis is also showcasing its new OpenFlight-to-Unreal plugin which allows users to import all of their OpenFlight assets and terrains into Unreal Engine through Datasmith. 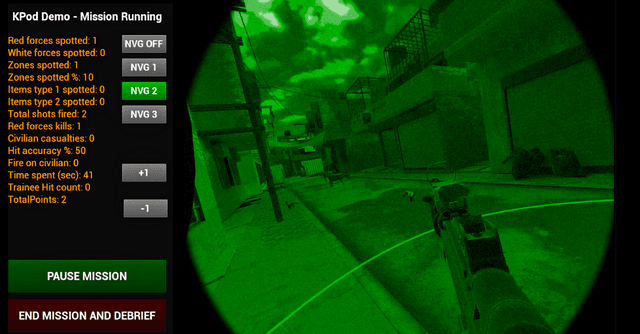 The Dismounted Immersive Ground Motion VR Trainer is based on the Aperium K-01 Pod technology and uses Presagis expertise to implement scenarios, sensors, and other LVC training elements.